Nearly every newer home or newly constructed kitchen has a garbage disposal installed. It is one of the greatest ways to rid of food waste. Not only is it easier than scraping plates and dishes off into a garbage, but it actually shreds the food waste up and disposes of it for you. So, where does all of that food waste go? 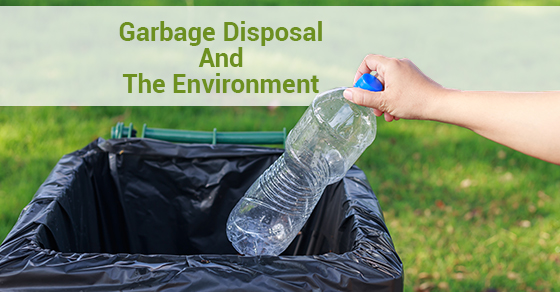 Garbage disposals are actually quite environmentally friendly. The food waste that is shredded into small particles and disposed of through a garbage disposal ends up going into the water line. The water is then thoroughly cleaned at a water treatment facility. Some facilities use this food waste as a source of renewable energy.

What Makes a Garbage Disposal Eco-Friendly?

Garbage disposals are one of the easiest ways to stay green. They allow a person to dispose of waste rightfully, rather than tossing it in a garbage bag that will end up in a landfill. Food waste that goes to landfills creates methane gas which is dangerous to all living organisms.

Not only are garbage disposals extremely convenient to have, they can help you to become greener. With food waste being one of the most prevalent and hazardous types of waste making it to landfills, a garbage disposal might be the best option for your household. Your food scraps will be cared for properly by simply having a garbage disposal installed.